Social Media and Digital Science Communication. Analysis and Recommendations for Dealing with Risks and Opportunities in a Democracy 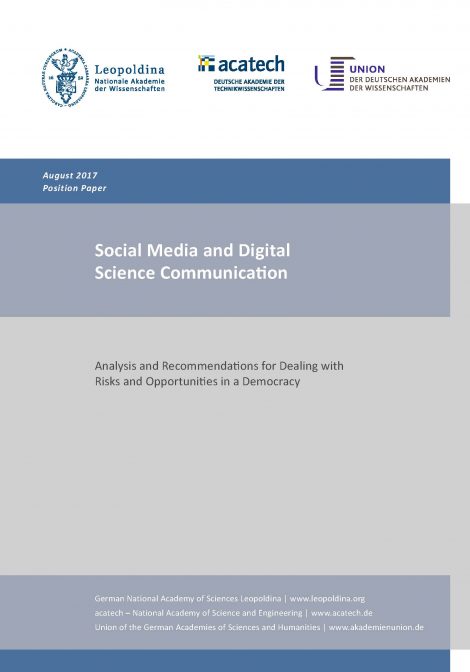 The relationship of and communication between science, public, and media is facing new challenges against the background of advancing digitisation. Already in 2014, the academies published some recommendations on these interactions. These recommendations were strongly received, and partially implemented. Back then, the focus of analysis was on transformations in classical media. Digital media, and especially Social Media, themselves also responsible for the dynamic development of the media landscape, require separate consideration, thus the result of the working group. The present publication ties in directly with the 2014 paper, analyses some possible effects of digitisation on different forms of science communication in a democratic society, and generates recommendations, with a primary focus on external science communication.

This position paper was authored by a working group consisting of scientists, journalists, and science communicators of research institutions. It underscores the urgency for further research and gives impulses to take action in the field of activities described, thus contributing to prevent undesirable developments.