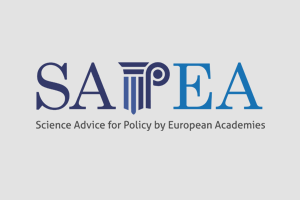 acatech is the coordinator of the EU project SAPEA – Science Advice for Policy by European Academies. Since November 2016, five European academies are part of the European Commission’s Scientific Advisory Mechanism (SAM) within the framework of the SAPEA project. Politically relevant scientific questions are dealt with in an interdisciplinary and independent manner based on state-of-the-art scientific evidence. The SAPEA Evidence Reports form the scientific basis for the opinions of the Group of Chief Scientific Advisors (GCSA) to the College of European Commissioners. More

acatech is the voice of engineering and technology in Germany and abroad. The academy maintains strategic partnerships, is a member of the international umbrella organisation CAETS and the European umbrella association Euro-CASE. Reinhard F. Hüttl, Vice President of acatech, is Chairman of Euro-CASE since 2013. More

acatech’s mission is to promote knowledge transfer and foster a lively personal dialogue between representatives of academia, economy, politics and society. One important means of doing so is via the events that acatech organises itself or participates in through its members. More