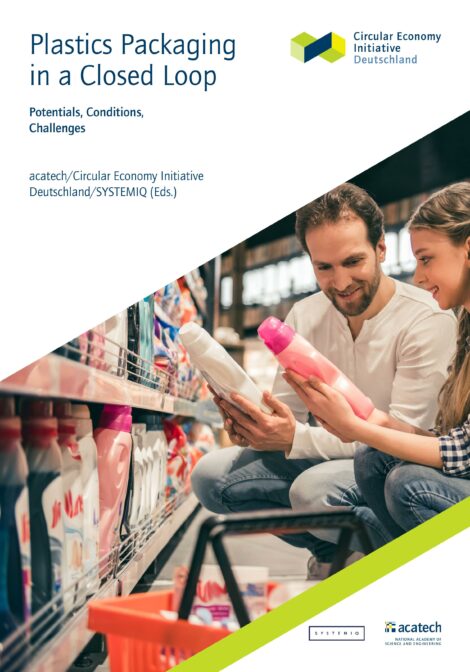 Between October 2019 und December 2020, the Working Group “Packaging” of the Circular Economy Initiative Deutschland developed a joint target picture 2030 and recommendations for action for the establishment of a Circular Economy for packaging. With a cross-value chain approach, the Working Group highlighted incentives and benefits for the recycling of packaging materials across relevant stakeholders and thereby identified options for action along the entire value chain.

With the report, the members support the initiation, implementation and long-term anchoring of the Circular Economy in Germany and beyond.

The 20 members of the Working Group “Packaging” are experts from leading academic institutions, German businesses and civil society across the entire packaging value chain. This composition allowed the group to achieve its goal of addressing the topic as holistically as possible.