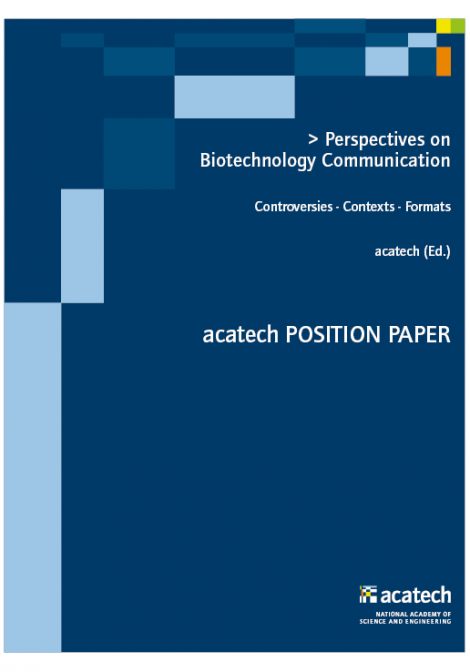 Biotechnology, and genetic engineering in particular, have been a point of focus for public debate in Germany for almost 40 years. However, controversy in social and academic settings centres around specific application rather than on the theory of biotechnology itself. Conceptualizing this public controversy as a lack of acceptance that can be overcome by providing greater information misses the point. Controversy is by nature important, and should not be swept under the carpet by communications. When it comes to new technologies, dialogue between scientists and the public at large is vital.