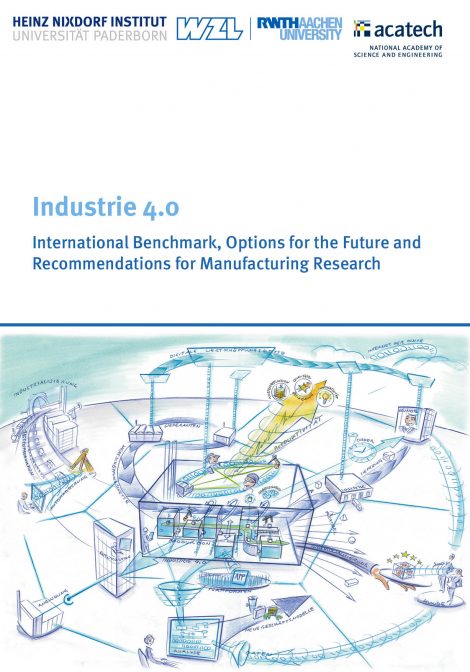 Will human workers be the slaves of intelligent machines? Will the internet giants’ dominance increase? Is the idea of a networked economy doomed to failure due to security breaches and lack of cooperation? Or will Germany succeed in balancing government engagement, international cooperation, and technical innovation of which workers and companies will benefit equally?

In four alternative scenarios for 2030 the project group “International benchmark, future options and recommendations for action for production research” (INBENZHAP) describes possible consequences of digitalisation. The working group surveyed in about 150 interviews of politicians, scientists, companies, and other stakeholders the implementation of Industrie 4.0 in 13 countries worldwide and the European Union. The interviews revealed many different regional strategies for a networked future. Based on this fact, the working group formulated 44 recommendations for action to preserve Germany’s digital sovereignty and to make Germany, besides China and the USA, a lead provider and lead market of Industry 4.0.