Why are Germany’s CO2 Emissions only falling slowly despite the major expansion in renewable energy sources? „In a Nutshell!“ 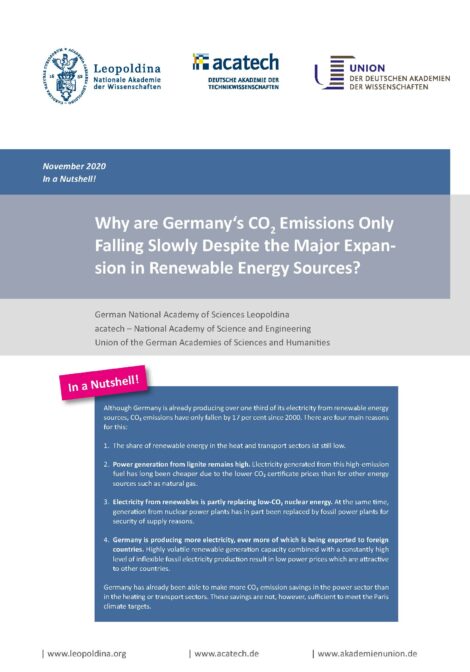 In 2018, CO2 emissions in Germany have fallen noticeably to 866 million tons for the first time since 2014. This is shown by calculations of the German Environment Agency. These figures are not enough to achieve the climate protection targets. Why don’t emissions decrease more significantly, even though wind power and solar plants are being steadily expanded? After all, renewable energy sources covered almost 38 percent of Germany’s gross electricity consumption in 2018. The joint Academies’ Project „Energy Systems of the Future“ (ESYS) identifies four main reasons for this: