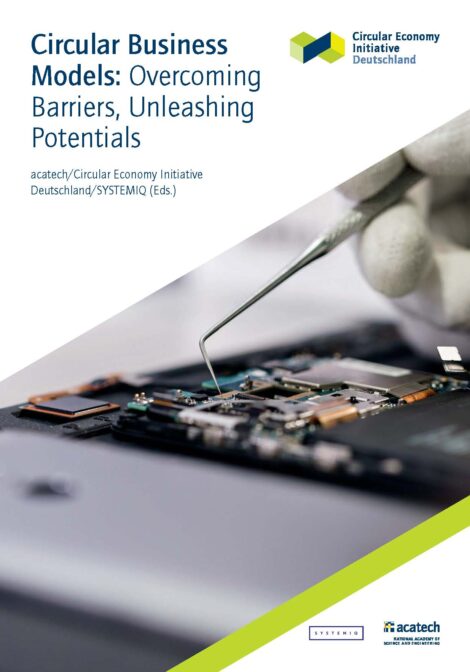 Between January 2020 and October 2020, the Circular Economy Initiative Deutschland’s Circular Business Models working group devised a scientifically based roadmap for the successful implementation of business practices for advancing a circular economy (CE).

The members thus support the initiation, implementation and long-term anchoring of the Circular Economy in Germany and beyond.

The working group’s 21 members are representatives of leading academic institutions, German businesses and organisations known for their expertise in the field of Circular Business Models. This composition allowed the group to achieve its goal of ensuring a scientifically substantiated and, as far as possible, holistic approach to the topic.