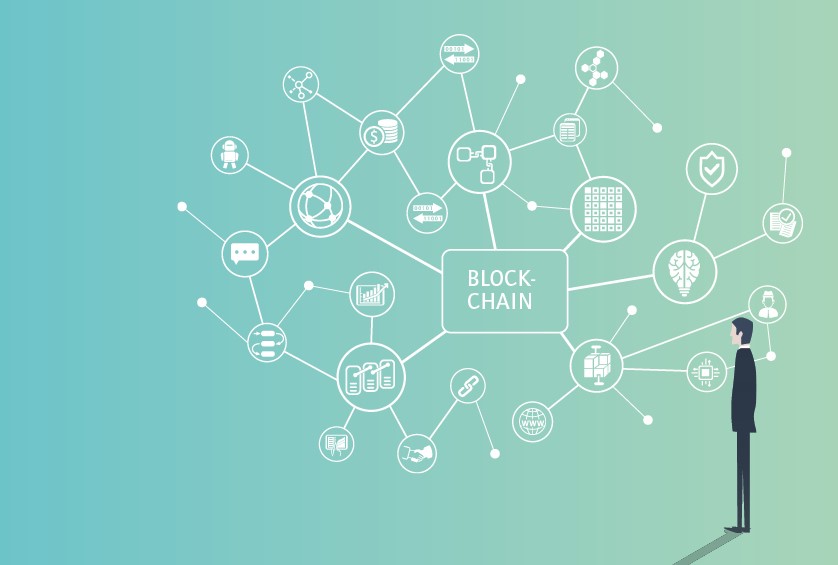 Blockchain has the potential to fundamentally transform our financial systems, energy markets and public administration. It is one of the most popular themes at IT conferences, while the Federal Government is also currently formulating a blockchain strategy for Germany.

However, the public and policy debate on blockchain technology is still in its infancy.
That is why we have chosen blockchain as the subject of the first publication in the acatech HORIZONS series, in which the Academy explores important technology fields that are already looming large on the horizon, but are still affected by uncertainty concerning their potential impacts.

acatech HORIZONS Blockchain is the first publication in the series and highlights the technological challenges that still need to be overcome before blockchain technology can be widely used.

Disruptive innovations like blockchain technology have the potential to challenge established processes and business models in many different fields of application. Successful models are not confined to Bitcoin in the financial sector – new logistics and e-government solutions are also being established around the world. acatech’s mission is to identify and assess the opportunities and challenges associated with new technologies from an early stage. In the “acatech HORIZONS” series, we have developed a format that analyses these developments in a scientifically robust manner while still communicating them in a way that can be easily understood.

Chaining principle:
A blockchain is a series of linked data blocks that are updated over time.

Decentralised storage:
Rather than being stored centrally, a blockchain takes the form of a distributed ledger. All the participants store their own copy and update it regularly.

Consensus mechanism:
It is necessary to ensure that all the participants have an identical copy of the chain. First of all, validators (or “miners” in Bitcoin-speak) must propose new blocks. The participants must then agree on which proposed block is actually added to the chain. This is done via a “consensus protocol” – an algorithmic process used to generate agreement on the state of the blockchain.

Transparency/Confidentiality:
The data stored in the blockchain can be viewed by all the participants. For this very reason, however, content may be stored in encrypted form so that the data cannot necessarily be meaningfully interpreted by everyone. Blockchains thus allow a flexible approach to confidentiality levels.

Non-repudiation:
The use of digital signatures means that forgery-proof information can be stored in the blockchain, providing non-repudiable proof that participants have stored certain data, for example that they have initiated transactions.

It is still too early to predict with any certainty whether, where and how blockchain technology might become established in our economy and society. What we can say, however, is that Germany needs to decide on a course of action as soon as possible if it wishes to share in the benefits as and when blockchain’s global breakthrough occurs. Germany must formulate a comprehensive blockchain strategy that reflects the wide range of potential applications of this new technology.

Blockchain is a prime example of the cross-cutting nature of digitisation, affecting policy areas that until now had very little to do with digital technology.
Blockchain already has a firmly established place in the strategic technology policy documents of other nations such as China, where it is mentioned in the same breath as artificial intelligence and quantum technology.
Consequently, the formulation of a blockchain strategy would hardly put Germany ahead of the curve – but at least it would help us catch up with our global competitors.
As a large economy with highly regarded regulatory standards, Germany has the opportunity to fill a gap that still exists in Europe.

Top of the German blockchain community’s wish list is for policymakers to recognise the importance of the issue, as well as clarity regarding who to speak to if they are unsure about something or have questions that they are unable to resolve.
After this, the next most important issues for the community include new funding programmes and specific changes to the law.
As well as giving clear political backing to experimentation with this young technology and its potential applications, government could respond to the wishes outlined above through two concrete measures:

In addition, government should ensure that its own requirements are fed into the development process of commercial blockchains from an early stage, especially those in which the State itself will be a major partner. 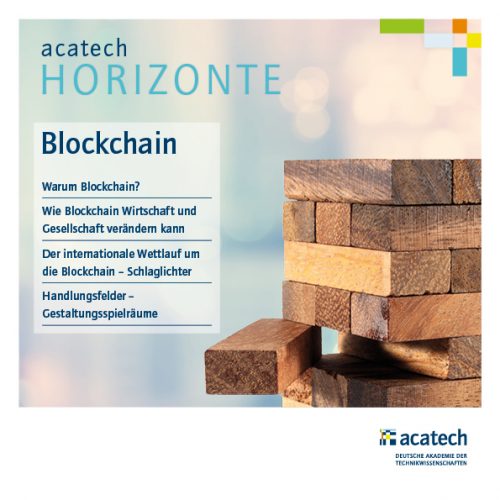 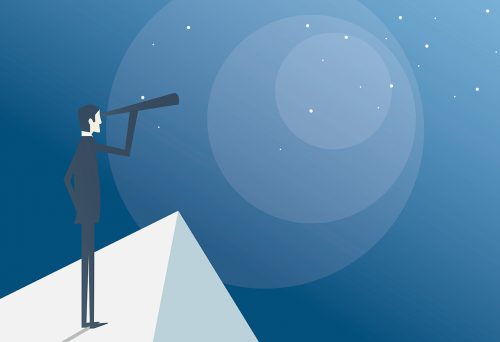 In the acatech HORIZONS series, the academy explores important technology fields that are already looming large on the horizon, but where there is still some uncertainty about their potential impacts. More

See what our blockchain experts have to say

Click on the members of our blockchain expert group to go to their individual interviews. For the full interview series “5 Questions about Blockchain Technology”, click here.

Everyone is talking about blockchain technology. But it is difficult to draw conclusions about it without a deeper insight into the IT side and a basic understanding of how it works. Consequently, acatech’s active engagement in this area is to be welcomed. Our aim is to provide objective analysis and recommendations for policymakers. 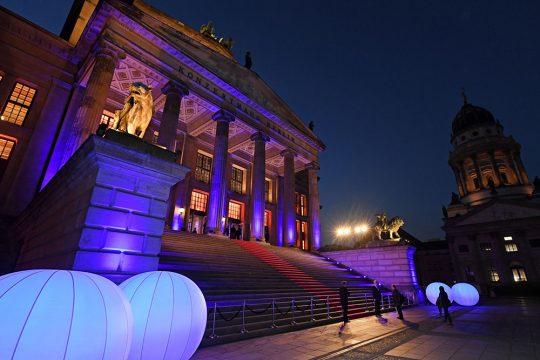 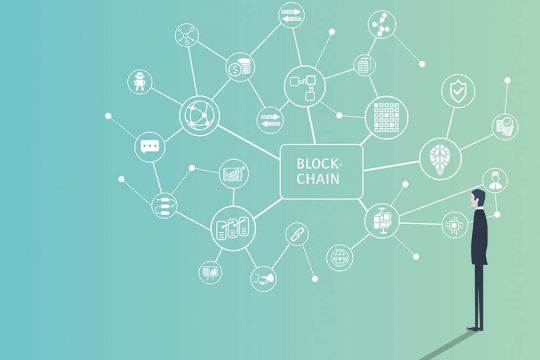