On Designing Communication between the Scientific Community, the Public and the Media. Recommendations in light of current developments 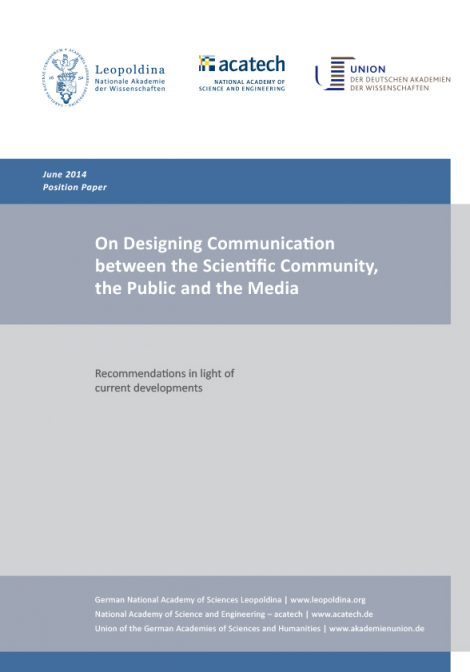 Science and journalism are among the essential pillars of a democratic society. Despite their necessary mutual independence and their often divergent purposes, both freedoms also fulfil similar functions. They supply policy-makers and society with a diverse array of information that is as reliable as possible, reinforcing the education and knowledge of the population and stimulating democratic discourse. They should also provide a basis for reasoned political, economic and technological decisions.

The academies responsible for this position paper believe that the appropriate exercise of this function is being impaired by a series of developments in the scientific and media systems. For example, the economic conditions in both the media and the scientific community have noticeably changed in recent years.

The academies are concerned about the aforementioned development and consider it necessary that the scientific community and the media itself, as well as political decision-makers and society, take a more active role in ensuring the future quality of generally accessible information, including scientific knowledge and its representation in the media.

The recommendations expressed in the present policy paper aim to provide food for thought for decision-making authorities and in this way to counter the undesirable developments that have been observed.