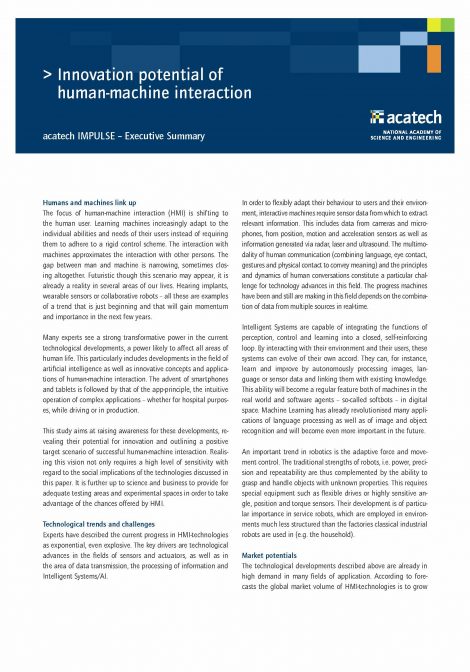 The focus of human-machine interaction (HMI) is shifting to the human user. Learning machines increasingly adapt to the individual abilities and needs of their users instead of requiring them to adhere to a rigid control scheme. The interaction with machines approximates the interaction with other persons. The gap between man and machine is narrowing, sometimes closing altogether. Futuristic though this scenario may appear, it is already a reality in several areas of our lives. Hearing implants, wearable sensors or collaborative robots – all these are examples of a trend that is just beginning and that will gain momentum and importance in the next few years.