#acaLAB: the future of learning

Human and artificial intelligence are increasingly converging to create a form of enhanced intelligence. New technologies are augmenting our motor skills, perception, emotions and cognition. Even brain-computer interfaces could soon be ready for everyday use. At an event held in Stuttgart on 18 January 2019, young talents from science and industry discussed what these human upgrading developments mean for the future of learning – for each of us as individuals and for our education system.

Impressions and statements from acaLAB

The year is 2030. Marie Meier has been wearing a neurochip in the back of her head for two years now. Marie’s personal learning process monitor shows that her learning productivity has increased by 30 percent during this period. As well as helping her to learn faster and more efficiently, neurostimulation also has a discernible effect on her memory and her ability to solve problems. She no longer struggles with maths and physics. The publicity for Marie’s school uses the slogan “Investing in the minds of the future.” The cost of providing students with these new learning technologies is shared between their parents and a private initiative. Marie is also volunteering as a subject in a study on inter-brain nets which aims to link her brain to the brains of her classmates and to the Internet. At today’s event in Stuttgart, we asked whether this scenario is science-fiction or the future of learning.

The event was opened by acatech President Dieter Spath:

“Brain-computer interfaces could soon be ready for everyday use, physicians are already successfully using neurofeedback as a method for treating conditions such as epilepsy, and Elon Musk and his startup company Neuralink intend to develop implantable neuroprostheses for human enhancement. What better moment to ask how these developments in the field of human enhancement will affect the future of learning, for each of us as individuals and for our education system as a whole. We have come together at #acaLAB today to cast our gaze into the future with young talents from science and industry. I look forward to an interesting discussion.”

In his keynote address, the physicist, philosopher and artist Marco Wehr provided an introduction to the possibilities offered by brain-computer interfaces. As well as speaking about the visions, he also discussed some of the techniques that are already being tested today. One example is the treatment of amyotrophic lateral sclerosis (ALS), the disease of the nervous system that astrophysicist Stephen Hawking suffered from during his lifetime. As the disease progresses, ALS patients lose the ability to control their muscles. In the advanced stages of the disease, they are unable to see, speak or move, but still retain their mental faculties. Austrian psychologist Niels Birbaumer has found a way of communicating with these locked-in patients, using a cap that measures brain activity. He employs self-learning algorithms to determine whether the patients answer “yes” or “no” to his questions. As Marco Wehr explained, this has allowed family members and researchers to discover that many locked-in patients are happy with life and with the care they receive.

Wehr added that some researchers believe that sooner or later people will be able to communicate their feelings to each other without speaking, although he himself has his doubts. Nevertheless, when it comes to future possibilities and visions he is a firm believer that we must discuss the potential consequences of these technologies today if we wish to shape their development in an informed manner. We wish to thank Marco Wehr for this fascinating contribution.

Laura White (Oxford University) shared the most important messages that she would take away from acaLAB. 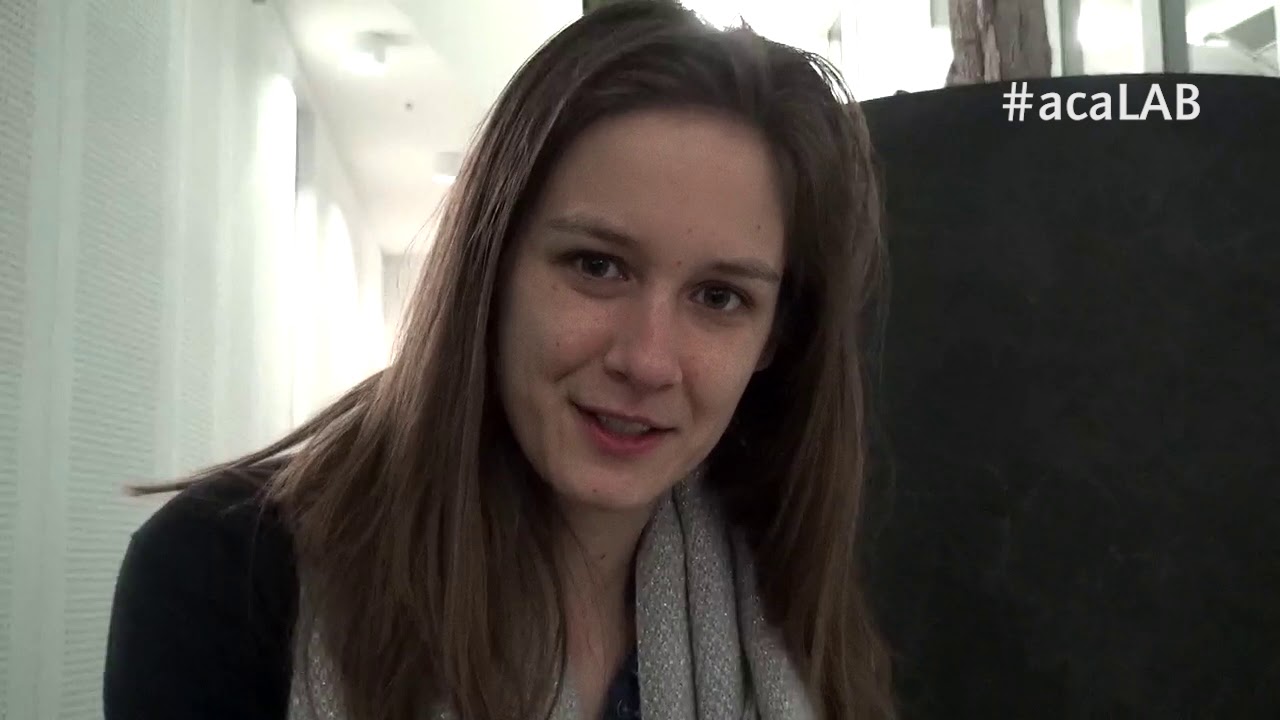