To mark the start of “Year of Science 2019 – Artificial Intelligence”, Plattform Lernende Systeme which is coordinated by acatech is tracing the development of Artificial Intelligence (AI) since its earliest days. A five-minute explanatory film illustrates the different stages of the technology’s development, milestones in AI applications and the challenges that lie ahead.

Suddenly, everyone’s talking about Artificial Intelligence – and yet the origins of this technology date back to the 1950s. Its development since then has ebbed and flowed. The initial, ambitious expectations of the American AI pioneers, who dreamt of machines as general problem solvers, were followed by phases of coming down to earth with a bump and then finding new impetus. AI research has been conducted intensively in Germany since the 1980s. German scientists made a name for themselves, particularly in speech comprehension, image processing and robotics. They have achieved groundbreaking successes in autonomous driving and speech recognition.

There are a number of factors driving the global AI boom that has been under way since 2010 –starting with the exponential rise in computer processing and storage capacity, moving on to improved AI methods, and culminating in the massive volumes of data that are available through the internet, social media and sensors installed in machines and everyday items. Currently, the greatest advances are being made in AI-based assistance systems, with AI promising to bring great improvements in medical diagnoses and traffic management in cities, for example.

At the moment, it almost seems as if anything is possible. As yet, however, many AI systems are still not reliable enough, and not all of them are for the benefit of society. It is therefore vital to conduct informed, prior public discussion about what AI can and should achieve. The explanatory film “A brief history of AI” produced by Plattform Lernende Systeme aims to appeal to a broad audience – introducing the subject of Artificial Intelligence and encouraging debate. 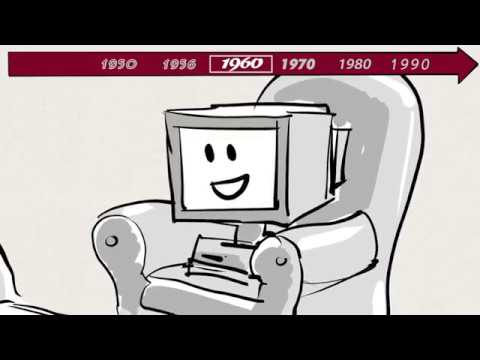